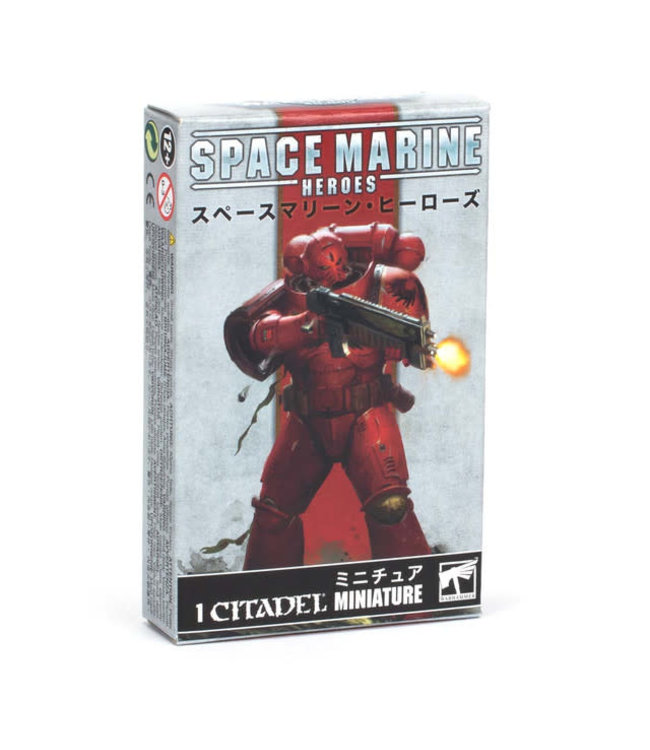 Space Marine Heroes 2023 -- Blood Angels Collection Two brings you a selection of six towering Space Marine warriors armed with a variety of weapons with which to eviscerate their enemies.

Each box contains a total of eight miniatures, including at least one of each of the following:

- Brother Arteros, armed with bolter as well as frag and krak grenades

Each Space Marine Heroes miniature is a multipart plastic model, cast in red plastic and supplied with a textured rubble base. These kits are push-fit and push-off the frame -- so no glue or clippers are required to assemble them. Each has a single unique pose and can be assembled with your choice of a bare head or helmet. These miniatures are supplied unpainted and require assembly.